Another guest post by Chris Brace, AKA Mr Ceebs

In this week’s Mitigation statement by Mr Langdale on behalf of Andy Coulson, a long held point of evidence has come out that nobody realised that phone hacking was illegal. The implication has been that the Regulation of Investigatory Powers Act and the Computer Misuse act were some trifling little pieces of law, that nobody realised would actually apply to Journalists.

Here’s the relevant quote from Peter Jukes’ recording of the trial, found here

“There are some features of this sorry affair which should be mentioned” says Langdale in terms of mitigation for Coulson.

But is that argument really tenable? Was RIPA something that had managed to avoid the finest Legal minds that Fleet Street possessed? END_OF_DOCUMENT_TOKEN_TO_BE_REPLACED

Peter has spoken to Mark Colvinus on the PM programme on ABC Radio in Australia to give an update on the defence case of Rebekah Brooks at the Hacking Trial. Listen to the programme from the link below (from 38 minutes onwards):

Some selected paragraphs from my piece with Nico Hines for the Daily Beast on Brooks’ first appearance in the witness box. Read the whole thing here 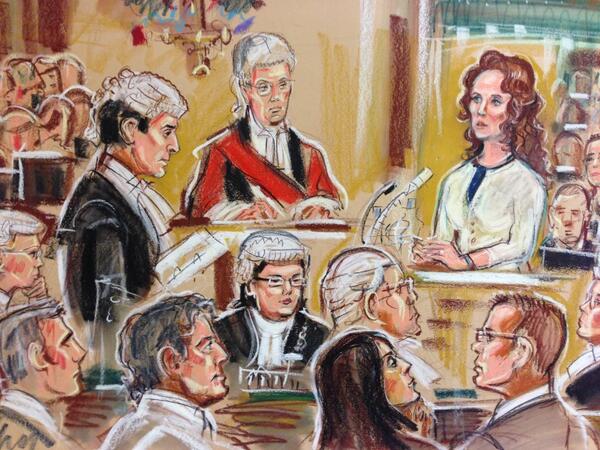