Further to yesterday’s revelations about the hacking of voicemail messages of Kate Middleton and Prince Harry, the Crown Prosecution service have released copies of the emails between between former News of the World Royal Reporter, Clive Goodman, and his then editor, Andy Coulson, and the associated Sunday tabloid exclusives.

To give some context to the emails and stories below, a short excerpt from my Daily Beast piece:

In a transcript of one of the messages, William was quoted as saying to Middleton: “Hi, baby. Um, sorry, I’ve just got back in off my night navigation exercise,” the jury were told. “I’ve been running around the woods of Aldershot chasing shadows and getting horribly lost, and I walked into some other regiment’s ambush, which was slightly embarrassing because I nearly got shot.”

The jury were then shown emails Clive Goodman sent to his editors at the News of the World explaining how William “got shot on a night exercise.” Goodman’s Blackadder columns in January 2006 are alleged to have relied on the exclusive revelations that William calls Kate “babykins” and a description of the military training accident. Prosecutor Andrew Edis alleged that the stories were linked to payments of around $5000 to ‘Matey’–an alias for private investigator Mulcaire. 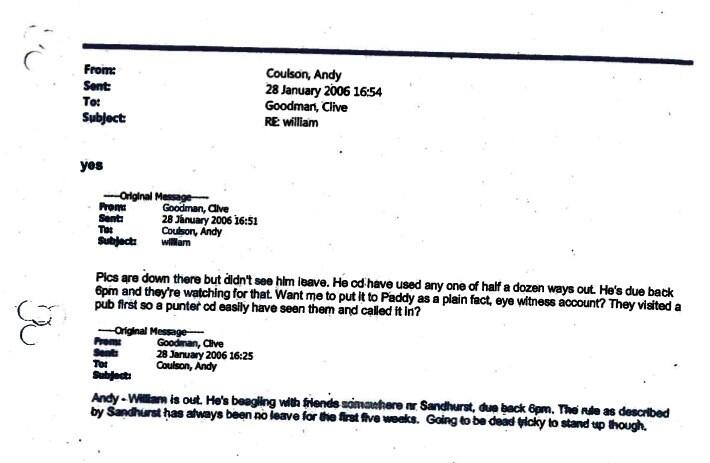 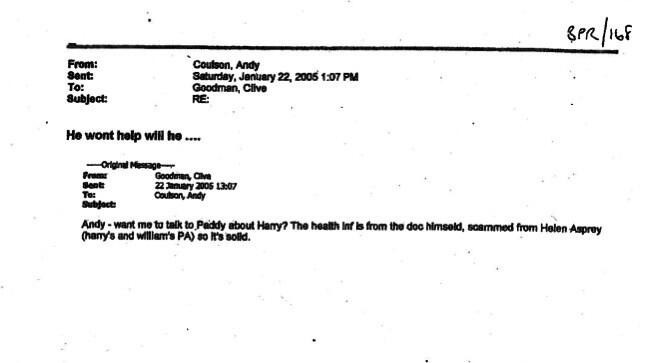 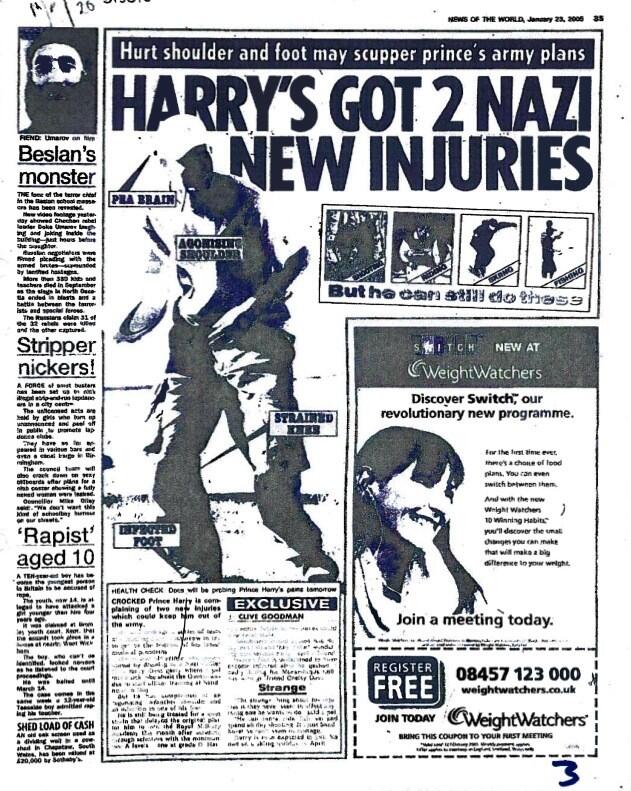 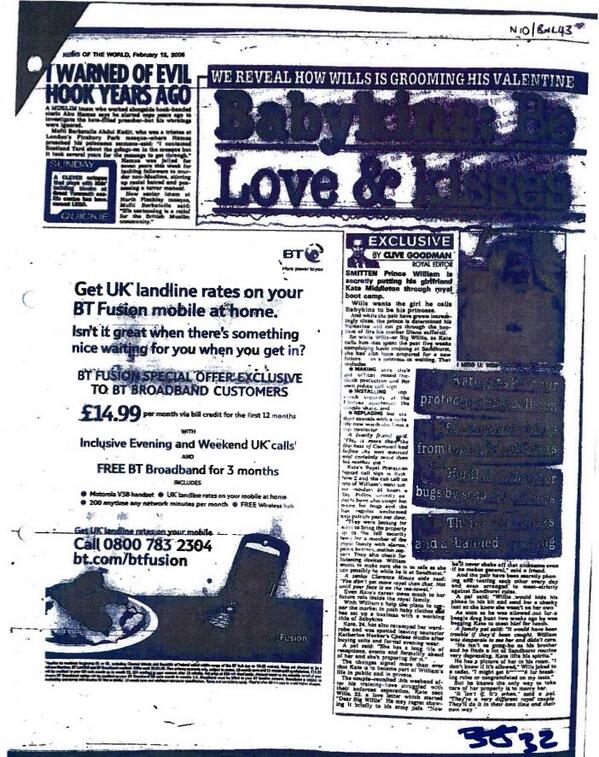