The Crown Prosecution Service have released some emails from January 2003  between News of the World’s Royal Editor, Clive Goodman, to its new editor (promoted from deputy) Andy Coulson,

The first is about purchasing a “Green Book” of the private Royal Household numbers from a police officer for £1000. Both Coulson and Goodman are charged with two counts of conspiracy to commit misconduct in public office. They both deny the charges and the trial continues. 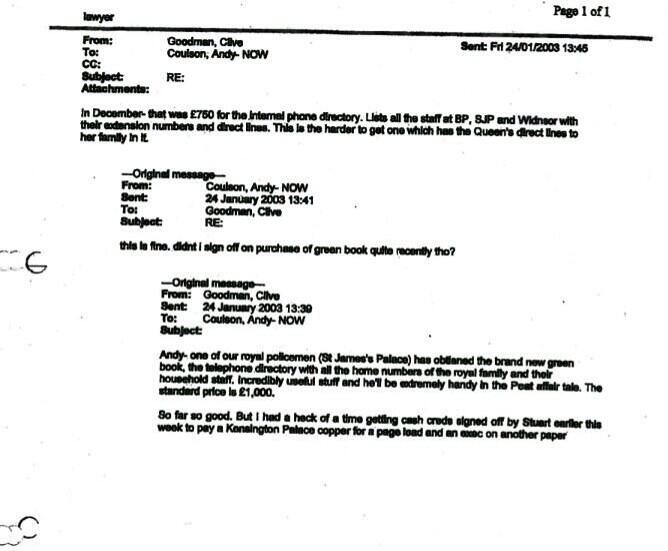 The second concerns the (unproven) allegations that Sir Michael Peat, senior aide to Prince Charles, was having an affair. Goodman offered to “turn his phone” 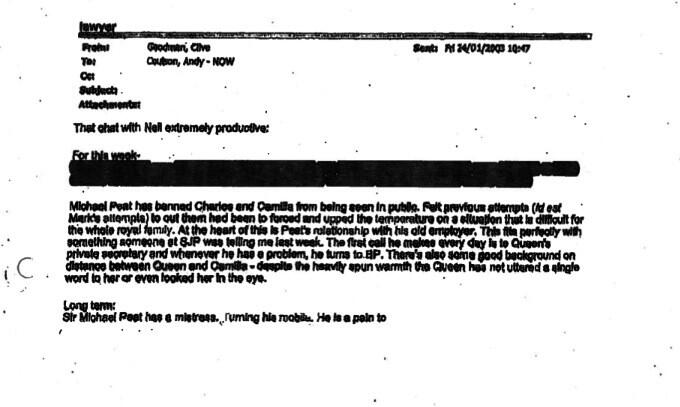