Released in court was an email (provided by News Corp’s Management and Standards Committee) from in-house News International Lawyer Tom Crone dated September 15th 2006 apparently relaying information Rebekah Brooks had obtained from police officers in regard to the first arrests of Glenn Mulcaire and Clive Goodman. 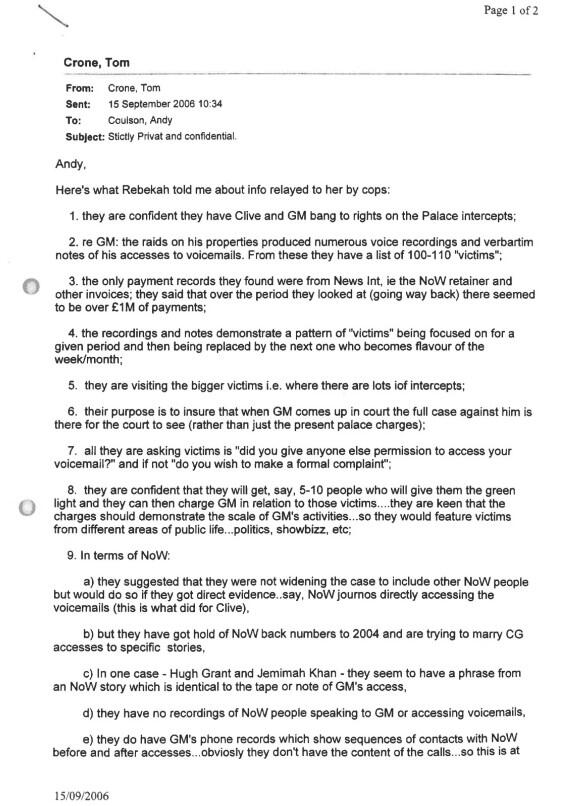 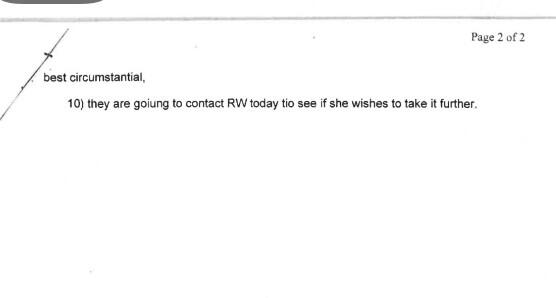 Now that this matter has been adduced in court, the fact this was quoted by Robert Jay QC, counsel t0 the Leveson Inquiry, in February 2012 can be reported without prejudice.

Two emails of Andy Coulson’s to News of the World staff, urging them to follow up their Beckham, Sven and Blunkett exposes with more of the same, have also been released 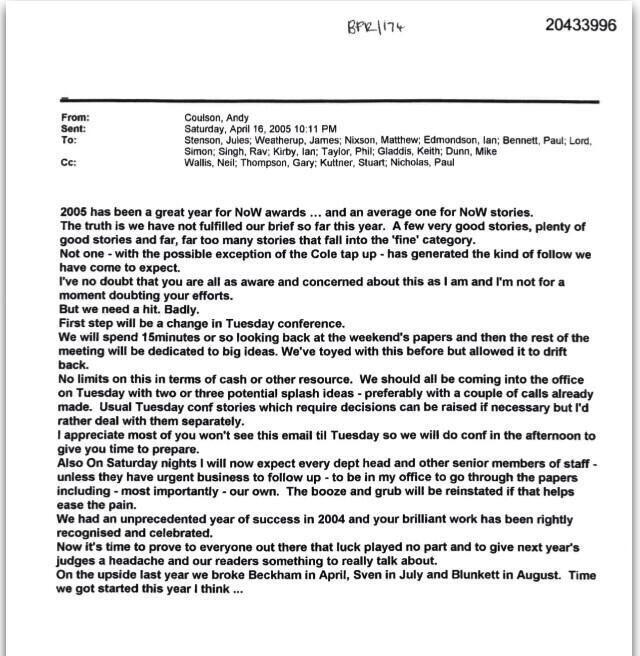 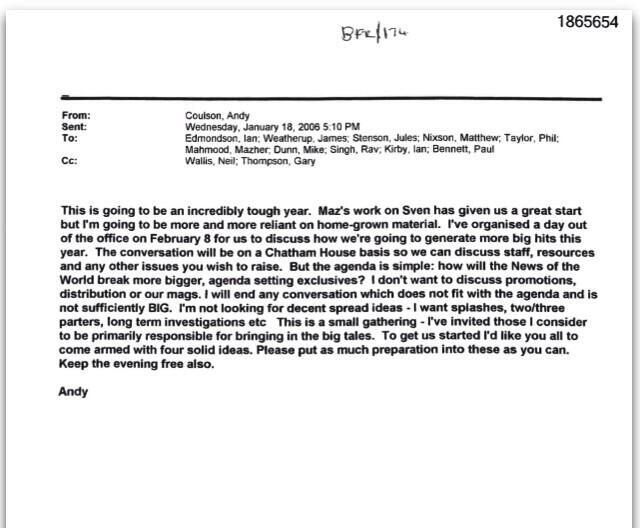